Business services have gained increasing importance for the Swedish economy. In the last 20 years, they have contributed strongly to Sweden’s output growth, exports and employment and have had a growing impact on Sweden’s international competitiveness. But what type of services are these, and why are they, in fact, becoming all the more important? Almega wants to increase knowledge about the importance of business services to the Swedish economy and consequently the answers to these questions are important as input for politicians and decision-makers.

– This shows that investment in business services play an increasingly important role in the development of the Swedish economy. Even though there is not a trace of investments for the services sector in the government's budget. Tax increases, as in the youth labor charges and the increase in the marginal tax rate is rather the opposite, a major blow to the sectors that create jobs, says Almega's chief economist Lena Hagman.

In parallel, the demand for business services from abroad has increased in Sweden over time. Production of business services has become increasingly fragmented along global value chains and companies face increased competition from foreign producers. This creates greater demand on companies to increase their productivity, and also to face the increased price pressure as the tougher competition often involves. Availability of high competence plays a key role – the development of service quality depends mainly on the staff's ability to innovate. 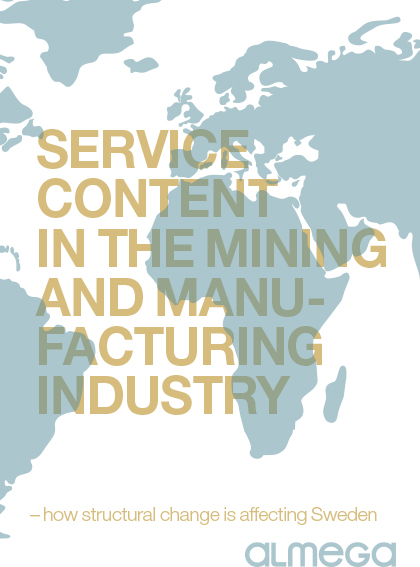 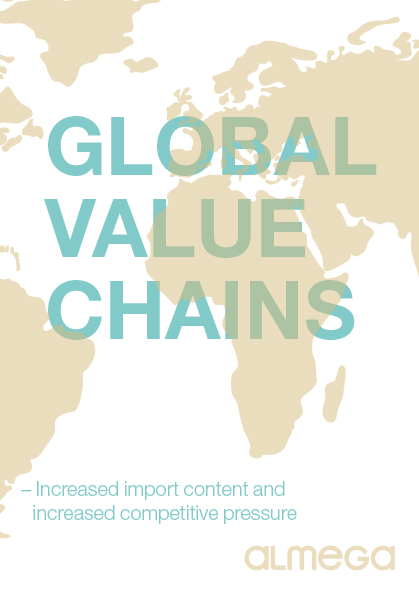